Watching Disney + is an entertainment trend of many people around the globe where they will be relaxing with the most attractive and interesting videos and movies. Currently, Disney has more than 10 million people using and becoming a competitor of other online services like Netflix , HBO Now.

The Disney + app is available on smart TVs and TV Box devices like Apple TV, Google Chromecast, Roku, and the web for PC / Macbook. Besides, you can also watch Disney on your smart phone. So how to see? Let’s find out through the article below.

Introducing Disney + and shows on Disney + Disney studios and shows on Disney

Disney + is an online service released by The Walt Disney Company – the world’s largest entertainment and media corporation. Disney is based in the US with nearly 100 years of experience in the film industry. Disney Channel + allows players to relax with videos about gameshow and movies in many extremely special genres, attractive content produced by Marvel, Star Wars, Pixar and Disney itself.

The advantage of the shows on the Disney channel is that they do not contain ads, allowing viewers to enjoy the full program without interruption. However, users have to pay a considerable expense when see Disney. Accordingly, depending on the country that the fee is different, such as: In the US, Disney said that this service offers Disney +, ESPN + and a Hulu version for $ 12.99 / month. and Disney + alone will cost $ 6.99 / month. In Canada and Australia, the monthly Disney + fee is $ 8.99 and in the Netherlands it’s 7 euros and in New Zealand at $ 9.99.

Currently, the other Disney channel’s online services include: Hulu and ESPN Plus. Each Disney account when registered will be allowed to live stream on 4 devices and can create 7 user profiles for family members. Disney also lets you download videos for offline viewing.

Currently, the shows you can watch on Disney + include:

+ Original and classic dramas: Accordingly, you will be able to watch the hottest movies on Disney such as: WandaVision, Loki, Hawkeye, Hawkeye, Star Wars…. + Action movies: The famous Disney action movies that you should not miss are: High School Musical: The Musical: The Series, Diary of a Female President, Love, Simon, … + Cartoons : Watch Disney cartoons including: Forky Asks a Question, SparkShorts, Monsters at Work, Marvel’s What If… ?, Chip and Dale …

Documentary and fiction: Disney provides viewers with popular movies in this genre such as: Encore !, Marvel’s Hero Project, The World According to Jeff Goldblum, Be Our Chef, … 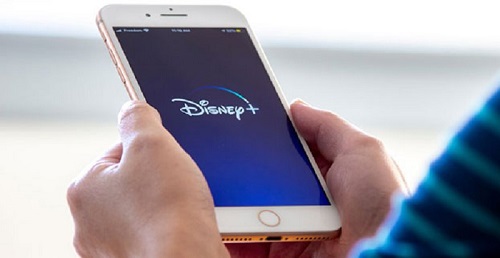 Currently, you can see Disney on smart TVs and TV Box devices like Apple TV, Google Chromecast, Roku and the web for PC / Macbook. Besides, you can also watch Disney on your smart phone with the following steps: Thus, to watch Disney channels on smartphones, users need to understand the above application download process and have to pay a fee as required by the publisher to be able to solve the solution. mind throughout the day. It can be said that watching videos, movies, TV shows … on Disney is an optimal entertainment trend of many countries in the world in free time.

If you love Disney, what are you waiting for without quickly downloading your “mobile phone”. Of course, with one good VPN service , you can watch any Disney show anywhere in the world without worrying about security, privacy and content restrictions.

Top 5 most popular torrent sites in 2021

HideMyAss offers a variety of server locations and works on Netflix. However, security can be improved, features ...
Read full review

VPNChecked is a Vietnamese VPN service review site that gives you reviews, comparisons, service guides and other useful information.